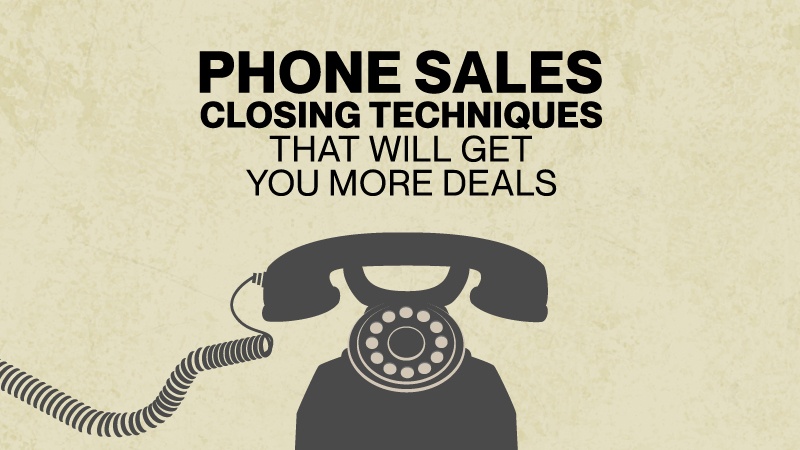 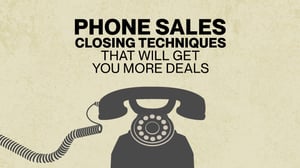 Let’s face it, whether you’re a producer, agency owner, or support staff, at some point you’re going to be on the phone with a prospect… especially if you’re using an inbound call marketing program like ours.  But what happens when your team is quoting policies and closing on the phone rather than in person? Are they as successful?  Here are some of our tips to help your team be more confident on the phone:

The adage is “smile while you dial”, and there is strong evidence to suggest that smiling elevates the tone of your voice, meaning that you sound more inviting when making a phone call. So, even though the customer may not be able to see it, they can absolutely hear it.

Every sales person I have ever trained, I’ve told them to put a mirror at their desk.  If you keep a mirror at your desk when you are speaking on the phone, you can check your smile and other facial expressions that you are using during the conversation. As how you look is how you sound, this will give you a good idea of how you are being interpreted on the other end.  After all, it’s not what you say, but how you say it!

2. Be Confident but Natural

Confidence sells, period.  It’s vital whether the call is inbound or outbound. For anyone to buy from you or take the action you want, they must see you as someone who knows what they’re doing! You’ll hear me mention this often as being a trusted advisor for your clients.  Far too many people make outbound calls with fear or hesitation in their voice which results in a poor impression of themselves, their company and their products and services.

In order to be confident you need to ensure that you understand the basics of what you’re selling, be composed at the start of the call and make sure you deliver your script with a strong voice tone! One of the biggest mistakes I hear people make on the telephone is to sound too timid, which in turn means that the people on the other end of the phone don’t take them seriously.

I’ve lost count of how many calls I’ve heard made where the person making it sounds ‘false’. They’re either reading a script given to them by someone else that they don’t believe in, or they don’t take the time to learn what they need to say well enough (so it doesn’t sound like them).  If you’re working on a new product or service or in a new area, you’ve got to take the time to learn what you’re saying. Most people don’t bother to do this well enough, but if you do, you’ll find that it starts to sound more natural, as once you’ve mastered the words, you naturally start to put your own voice inflections and tonality onto the script, so it sounds more like you, and thus more natural!

Customers want people who sound ‘natural’ and able to have a conversation – can you do that, or do you sound more ‘robotic’?

This is a telephone sales skill that should come naturally to everybody, yet most people fail to do it anywhere near well enough! I’m always saying that there is a difference between ‘hearing’ and ‘listening’. True listening involves things like paraphrasing back what someone has just said to you and asking further questions about a piece of information the customer has just given to you.

This is very common in everyday social situations, yet I’m often amazed how many people can’t do it when it comes to a sales situation! In order to do this more effectively you have to take a genuine interest in the person you’re speaking to, again… something that most people don’t bother to do.  The person you’re speaking to is always a potential client, so what they say should be heard un-interrupted.

The key here is to get the person on the other end of the phone into a conversation, not an interrogation!

Yes, I know. You’ve heard this before. But if people did anything about it then people like me wouldn’t need to keep saying it! I’ve lost count of the number of calls I’ve heard where the person answering the call thinks they know what the customer is about to say, therefore they ‘switch off’!

One of the most common examples of this is when the person making the call starts finishing off the sentences of the other person! What’s that about? This only serves to irritate the customer and sometimes results in them putting the phone down which is not the sort of result the producer was looking for!

In most cases, whenever someone finishes off the customer’s sentence, they get it wrong, leading to the other person having to correct them and a loss of rapport. Again, not the result we were looking for!

Hesitation and fear often comes when a customer challenges your assertions and signifies that you do not really know the product that you are selling. So, prepare for common objections and perhaps bullet point a response in the form of a script so you can feel assured at all times.

Creating rapport with the person on the other end of the phone is crucial to the likelihood of you making a sale. But how do you do this without coming off fake or cheesy?

One great method is by creating empathy. This demonstrates that the customer is your sole focus and that you are taking personal responsibility for them in this conversation. When you slow down and take the time to hear out your customers’ needs and experience, you can open up the opportunity to show your empathy and provide solutions maybe not initially seen from a brief “how’s your day going?”

7. Listen to your phone calls

A great technique to improve your performance over the phone is to listen to your calls. This will give you great clues about how you can improve in the future.  Many agency owners will sign up for an inbound call program like ours, and not take the time to listen to their producers’ phone calls.

This is a valuable coaching opportunity which will only help refine the skills of your team, as well as a means of quality assurance.

8. Do not fall for the “Gambler’s Fallacy”

After a streak of bad sales calls, your luck will soon change, right? Wrong.

This is a psychological trap that we have all fallen into in our lives. For example, you toss a coin three times and each time it has landed on heads. Part of you assumes that it must land on tails the fourth time, so that the odds start to balance out. However, the odds remain 50-50.

When taking inbound calls, be careful not to make these same assumptions, as if you have a prolonged series of no sales, it will most likely be due to an unrefined approach, technique, or a lack of confidence.

This is a signal that you need to work on your sales technique.

9. Do not fall for the “Recency Effect”

It is a common principle in human psychology that when presented with a list of items, we are most likely to remember the most recent item (that is, the last one).

Here’s an example of how this can negatively affect sales. If your producer is selling two items, but the last few customers have only been opting for one of them, and they begin to neglect the less popular item. Remember, not disclosing all possible options to the customer can limit their spending options!

Additionally, if you present an “either” “or” option and the latter is of lower quality than the former, you’ll be leaving that impression in the customers mind.

Tell us what you think!  Have you implemented any tips we haven't mentioned? We want to hear from you!

Top 5 Reasons Why You Need A Digital Marketing Strategy

5 Negotiation Tips for Your Agency